In order to keep our clients up to date, we regularly organize employment law workshops on the latest news and/or changes in the law. We do this for HR managers, personnel consultants and regular clients. We also organize these inspirational sessions on request, tailored to your individual needs, and also meet our clients at their offices for a lunch session or working breakfast, for example. These sessions will often be for smaller groups about a subject that is particularly relevant to the client. Please contact us, without obligation, to discuss the possibilities for your organization.

We also regularly publish newsletters about developments in employment law. Most of them are available on the Dutch website. 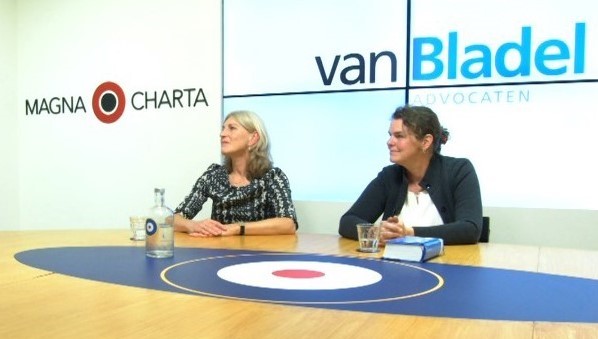 This so-called Victoria ruling of the Supreme Court of 21 February 2020 can have far-reaching consequences for employers who are confronted with a request from their employee to change the employment contract to work fewer hours (based on the Flexible Working Act) or another change proposal that they must reasonably accept as a good employer. Such a request can, under certain conditions, lead to a partial transition payment. Employers must be prepared for such a request to be made in termination proceedings, so that the employee will remain employed if the request is honored by a judge, even with a full dismissal ground. The Supreme Court thus strengthens the position of the employee.

The reason for this remarkable court ruling is the case of cleaning company Victoria. The cleaning company employed an employee who worked in two locations for 10 hours a week each. After criticizing her performance at one of the locations, the employer had made a proposal for her placement at another location. Because the employee refused, Victoria asked the judge to terminate the employment contract. The subdistrict court rejected the request for dissolution. On appeal the dissolution was still awarded; the employee's counter-request on the employment contract to be partially dissolved was rejected. The employee went to the Supreme Court, but has been unsuccessful.

So far so good. However, the Supreme Court subsequently explains in a number of considerations superfluously that the employment contract can be terminated in part by employer and employee in other ways, possibly with a partial transition payment. The Supreme Court lists the following five cases:

The obligation for an employer to accept a reasonable change proposal from the employee is remarkable and groundbreaking. It is the first time that the Supreme Court has commented on this.

When are you obliged to accept a reasonable change proposal from the employee as a good employer?

The employee can also make the proposal as a defense or conditional counter-request in a dissolution procedure of the employer. This may lead, according to the Supreme Court, that the request for dissolution of the employer, which is considered to be permissible in itself, will still be rejected by the court, because on the basis of the employee's reasonable change proposal, the employment contract can be partially maintained. There may therefore be a right to a partial transition payment, whereby the Supreme Court refers to the criteria from the so-called Column ruling: the legal requirements for the right to transition payment must also be met, and furthermore a structural and substantial reduction of the working time of at least 20%, which is expected to be permanent.

It is not yet possible to predict the impact of this Supreme Court ruling on practice. Not every employee proposal will be a reasonable one that the employer must accept as a good employer. It is clear, however, that in addition to the relocation obligation, employers must carefully examine the proposed alternatives of the employee before an employee can be fired. Employees will be able to make such proposals to strengthen their negotiating position in the event of intended termination of their employment.

If you have any questions regarding this news item or if you would like to know more about it, please contact us or email info@vanbladeladvocaten.nl.

06-07-2020Does the employee have a right to working from home in connection with Covid-19?

Many companies let their employees work from home as much as possible in recent weeks in connection with the corona crisis. Employees are slowly returning to the office now that the virus seems to be under control. Companies will have to ensure that work in the office can be carried out in a safe manner and must therefore take measures to prevent the spread of the virus at work as much as possible. Suppose the employee does not like to return to the office. Can he or she refuse to go back to the office, given the applicability of Dutch employment law? In a case that was brought before the Gelderland District Court, the judge ruled on June 16, 2020 that this was not allowed.

On 1 May 2020, the next change to the NOW was announced and finalized. The group provision has been relaxed, in that operating companies can now also apply for NOW separately if the group's loss of turnover is less than 20%.

The NOW regulation, which was announced on March 31, has already changed in a few areas. This mainly concerns an extra test when submitting a dismissal application for business reasons during the NOW period and a change in the way in which the fine that applies is calculated. In this blog we inform you about the changes.

Today, 31 March 2020, the Dutch government has published the details of the Temporary Emergency Measure Bridging for Work Retention regulation (“NOW”). The NOW aims at making it possible for employers to retain their employees as much as possible in the event of a loss of turnover of at least 20% as a result of the Corona crisis. To this end, a compensation in wage costs is provided of a maximum of 90% of the wage bill, related to the percentage of the decrease in turnover. Below the most important questions and answers are summed up.

The Minister of Social Affairs announced on March 17, 2020 that employers can apply for a compensation of wage costs if they expect at least a 20% loss of turnover due to the Corona crisis. This compensation scheme, the Temporary Emergency Measure Bridging for Work Retention (NOW), temporarily replaces the current reduction in working hours regulation that has expired immediately.

Although the scheme has yet to be worked out in detail - which is expected to happen within the next two weeks - the following is known:

The so-called Corona virus (COVID-19) has also reached the Netherlands. Worldwide measures are being taken to prevent further spread of the virus. What does this mean for local employers and employees? This article answers questions about the obligation of the employer to prevent contamination, the entitlement to salary (whether or not in quarantine), privacy aspects and the Dutch subsidy arrangement on shortening of working hours (“Werktijdverkorting”).